Here are some photos from the wonderful radio concert hall we played in last night here in Vienna: 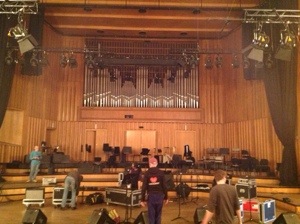 This is the stage as we begin to set up. Notice the amazing pipe organ set into the back wall.

This is Thomas our driver, CD salesman, Q & A Moderator and all-around great guy. 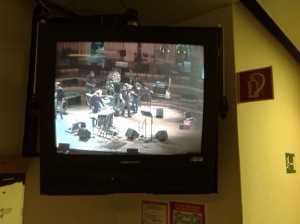 This is a monitor in the hallway just off stage which shows what is happening on stage. 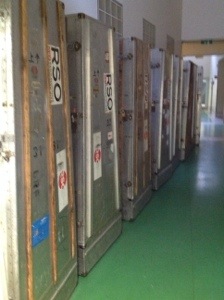 A line of acoustic bass travel cases in a back hallway.

An accidental shot of my foot as I walk the back halls searching for cool photos.

Three shots of Chris during the sound check of the drums.

Two shots of Max during the soundcheck of the guitar.

Here is Bunk during his soundcheck. 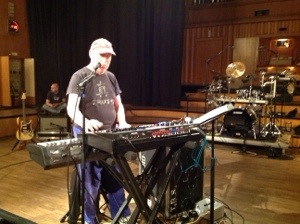 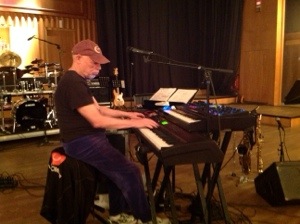 Two shots of Don during his soundcheck.

Wall Artwork in the lobby of the radio hall. 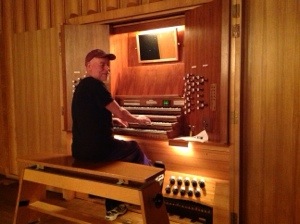 Two shots of Don playing the pipe organ before the show. He opened the show with a beautiful free solo on this organ. 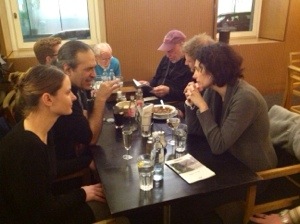 Three shots of the group eating in the cafe just before the performance. Thomas and the agent and her two associates are seated with us. 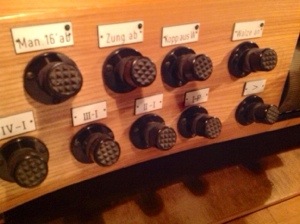 Various panels of knobs on the organ.

The pipes… The interesting thing about the sound of the organ, beside how big and full it could be, was the clarity. No matter how dissonant the harmony Don would play you could hear all the tones. Nothing was lost, even if the notes were only one half step apart. I’m not sure why this would be the case but it was awesome to experience.

Two examples of backstage signage to keep that thread going.

Today we drive in a van to our next performance which is tonight.